The Next Food Network Star Week 6

Well, the judges decision this week was a big surprise.  It was the quirky but lovable Michael Proietti who got booted. I believe the judges made the wrong decision. According to the results of fan voting on the Food Network website I’m not the only one who disagrees with the judges.  By the way the Big Guy agrees with the judges. I think they are all wrong. Yes, Michael’s food was weaker but he did well in the group challenge. I think he should have been safe another week. The deal breaker for the judges was that he kept mentioning his fear of cameras.

Somehow Debbie Lee escaped elimination, even though she seriously messed up both challenges. One the first challenge she was assigned to prepare a dish for a modern steakhouse. The finalist where assigned restaurants outside of their comfort zones. However, Debby refused to try something different. She decided to prepare an Asian salad for a steakhouse.  Yes, that is right she was so clueless that she decided to do what she wanted. In the second challenge the finalist were to put on a cocktail party in Miami as a group.  Each person was to prepare two appetizers. Debbie who is supposedly a caterer was assigned to be in charge of the kitchen.  However, she had a me first attitude.She only worked on her dishes and did not help anyone else. Yes she had the best dishes. Hello, her task was to make sure the kitchen ran smoothly.  Further she straight up lied to the judges and said she helped the others. Ok, maybe she plated one or two trays of appetizers but that was it.  This isn’t the first time she has put herself ahead of the team. She did that in week 1 as well when charged with shopping for the team and went over budget. Guess who had all of their items? In that situation she claimed that sacrifices were equal for everyone. Stop lying and playing dumb when you mess up. Really, there is no room for her on Food Network. I wouldn’t watch her show. She lacks depth and often does poorly on presentations. Hopefully, next week it will be bye bye Debbie.

Once again Jamika Pessoa had a less than memorable performance. At least in the team challenge she did help with other people’s dishes as well as her.  The crowd did like Jamika. She has potential but has never really shined.  If Jamika doesn’t get it together next week she may not survive. Hopefully, she will make it past next week. I really want to see Debbie go next week.

Jeffery Saad had an outstanding performance in the first challenge. His reward was to be in charge of the second challenge. His performance was less than stellar. The party was a train wreck. Jeffery was never able to take charge of the team. He allowed the others to select their own dishes. He did mention that it was too ambitious but he never really did anything about it. He did do a good job as a host but failed to handle problems. 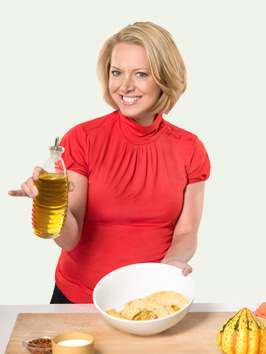 Although she did struggle with her dishes some this week Melissa d’Arabian charmed the judges again. She is so good had providing useful tips with her presentations. During the team challenge she was the only one who noticed the lack of vegetarian dish and when no one else would step up she took on a third dish.  During the team challenge the non-professional home cook prepared 5 dishes. Yes, they weren’t as good as the selfish caterer’s dishes.  The judges do seemed impressed with her practical tips and willingness to try ambitious creations.  I hope Melissa wins the thing.