Stupid Spammer and Other Wackos 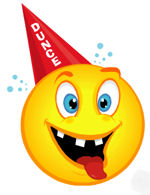 Usually I just delete spam but this one looked like I could have some fun with it. The spammer Jessy had left it as a comment on my Tribute To Tejas.

My best team o f MLB is The Texas Rangers. This why I always fallow their games especially whenever I have some time. I’m always trying not o miss any of their game and hear about the team’s news. But The Texas Rangers tickets get more pricy especially when there are some hot games. But, if we’re really good fans we should try not to be mean when we’re talking about a favourite teams. It’s not only the Rangers tickets that got pricy, but there are other major teams too, so the team needs our support and we should provide as much as we can.

The guy obviously didn’t read the original post. The only mention of Texas Rangers was about the real ones and not the baseball team. Oh, the post doesn’t mention any other baseball teams either. It is a lame attempt to advertise an on-line ticket broker.

Also, the guy has serious grammar issues. I think it might need some commas. You can read about my opinions on commas here. Yes, I wrote a post about commas and it isn’t an ode to them. I even found a spelling error without using spell check. Amazing isn’t it? Can you find the error?

This sentence. “But The Texas Rangers tickets get more pricy especially when there are some hot games.” Ok, I’m a lifelong Ranger fan but when are there games hot unless he is talking about the temperature.

The other day I was at the front counter and noticed a strange little piece of paper on the bulletin board. We have a bulletin board where people can post posters, wants ads, etc. This little paper was barely bigger than a postage stamp but caught my eye because it a classic picture of an alien. At first I thought some goofball had posted it as a joke. Well, that was until I removed it and read it. The caption was Join the Delusion Resistance and contained a link to a website. Of course, I had to check it out. It seems the guy who runs is involved with UFO investigations and some sort of strange “prophetic ministry” involving UFOs and the end times. He actually listed taking high school science as part of his credentials. It was actually kind of amusing.

14 thoughts on “Stupid Spammer and Other Wackos”