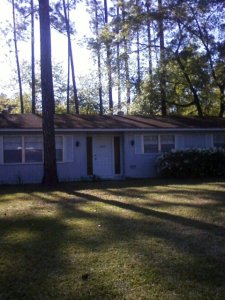 We moved into a new house at the first of May. I quickly had most of the house unpacked except one room. The room is supposed to be a guest room/office but became the dumping place for all boxes. I felt defeated every time I walked in the room and saw the mess.

I wasn’t supposed to happen that way with this move. This time I made plans and was organized with the packing. I had the boxes labeled and numbered. Instructions were given to those helping where things were to go. Somewhere along the way my plans fell apart. Instructions were ignored and things were dumped in that room. Eventually it became so full of junk that even the door wouldn’t close.

Life can be like that room sometimes. Despite plans and good intentions sometimes things get derailed. Just like “that room” it can be discouraging when I mess up once again or life gets out of control.  Yet, there is hope, if I am willing to turn to God rather than try to fix it myself.

being confident of this, that he who began a good work in you will carry it on to completion until the day of Christ Jesus. Philipians 1:6 (NIV)