The Next Food Network Star Week 4

One of the few reality competition type shows I watch is The Next Food Network Star.   The show starts with 10 finalist and each week one is eliminated. Most of the finalist are professionals but there is always at least one “home cook” each season.

The weakest finalists were eliminated the first two weeks. Jen Isham was the first to go.  She is a graduate of the French Culinary Institute and once worked as a line cook at Walt Disney World. Currently, she is a sales manager at Crowne Plaza Downtown. Actually, her performance was less than memorable. Not only was I unimpressed with Isham I really don’t remember much about her.  Next to go was executive sous chef  Brett August.  While Bret did seem knowledgeable he just didn’t seem to be that comfortable on the show. 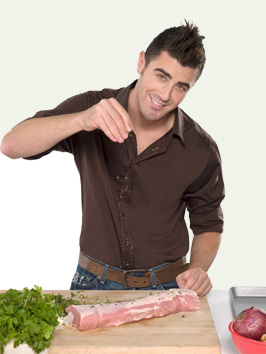 Eddie Gilbert was the next to go. Eddie openly admitted that he stole a recipe from Paula Deen’s cookbook. Did he really think he wouldn’t get caught. When criticized for his salad Eddie claimed that it was a good recipe because he got it from the Paula Deen cookbook. Come on dude, where is your brain on that one. 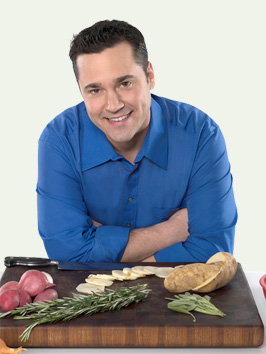 Teddy Folkman only made it to week 4 because the judges could only eliminate one in week 3. In week two  Teddie and Brett helped out home cook Melissa who was having trouble getting her food together. During the judging when all three were in the bottom, Brett was very quick to point out what he and is partner in crime had done. In week 3 Teddy once again threw his partner under the bus. Teddy and Debbie  Lee were paired up in the challenge at Ina Garten’s. Each was supposed to make one dish and a third together.  Debbie made the pasta, Teddy made a very lame dessert and together they made the meatloaf. When his dessert tanked he quickly, claimed the meatloaf was his. Despite challenges from the judges who offered to provide tape evidence Teddy insisted he made the meatloaf alone. The guy is actually a very knowledgeable cook but has serious personality issues.

Hopefully Katie Cavuto will be the next to go. She is a registered dietitian and quite knowledgeable. Katie is to be commended for wanting to educate others about healthy eating but does she have to be so stinking annoying about it.  Everything out of her mouth is how the food she is preparing is such a healthy option and better than whatever. She comes across as condescending and a health snob. It makes me want to go on a junk food binge just because. Also, Katie is a very week cook.  So far she has served inedible and undercooked food 2 out of the 4 weeks. For the Bobby Flay burger challenge in week 4 Katie selected to make a turkey burger. She noted that it might not be a good choice because of cooking time but she insisted on going with turkey because it was the healthier option. She did show some improvement when the finalist appeared on the Rachel Ray show this week.  She is clearly the weakest link left.

After, Katie  it gets tougher to pick the order of elimination.  My guess is that Jeffery Saad and Jamika Pessoa would be the next two eliminated. Both have struggled at times.  Jeffery has never really been able to express is personality and point of view. He seems to be knowledgeable but that hasn’t always come out in the challenge. His specialty “cooking without borders” is a blend of Mexican, Southwest and Italian. He has really come up with some creative dishes.  Jamika is a personal chef from Atlanta whose specialty is Caribbean. Jamika performance has been very inconsistent. Like Jeffery, Jamika has an endearing personality that you want to succeed but just has been able to consistently show star potential. 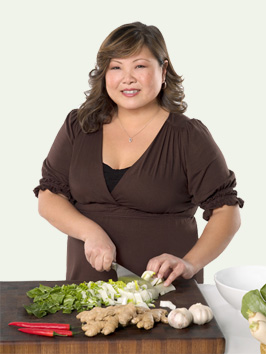 I think Debbie Lee will make it into the final three. She got off to a rocky start with the first challenge but has been very good in later challenges. Debby was charged with shopping for her team and went over budget. She failed to get key ingredients needed by her teammates and made a very lame dessert. Since then she has really had a chance to shine. Last, week Debbie was off but still did well despite a mishap while preparing food for the second challenge.  Michael Proietti accidentally hit Debbie in the face with a baking sheet right out of the oven. Debbie was obviously in pain but finished the challenge anyway.

After last week and the presentations on Rachel Ray I think that Michael Proietti and Melissa d’Arabian will be the final two.  Both are very personable. Michael obliviously is has a very charismatic crazy personality.  Although, I wish he would do something about that hair, it kind of looks like a rooster.  I certainly would watch his show.  My personal favorite is Melissa d’Arabian and not just because she is from Tarrant County. Melissa is a stay at home mom from Kellar, Texas. Melissa had a rocky start but has done really week the past couple of weeks. I think that Melissa and Michael’s presentation on The Rachel Ray Show were the best. It find it ironic that those who plotted to get rid of Melissa are already gone.

4 thoughts on “The Next Food Network Star Week 4”