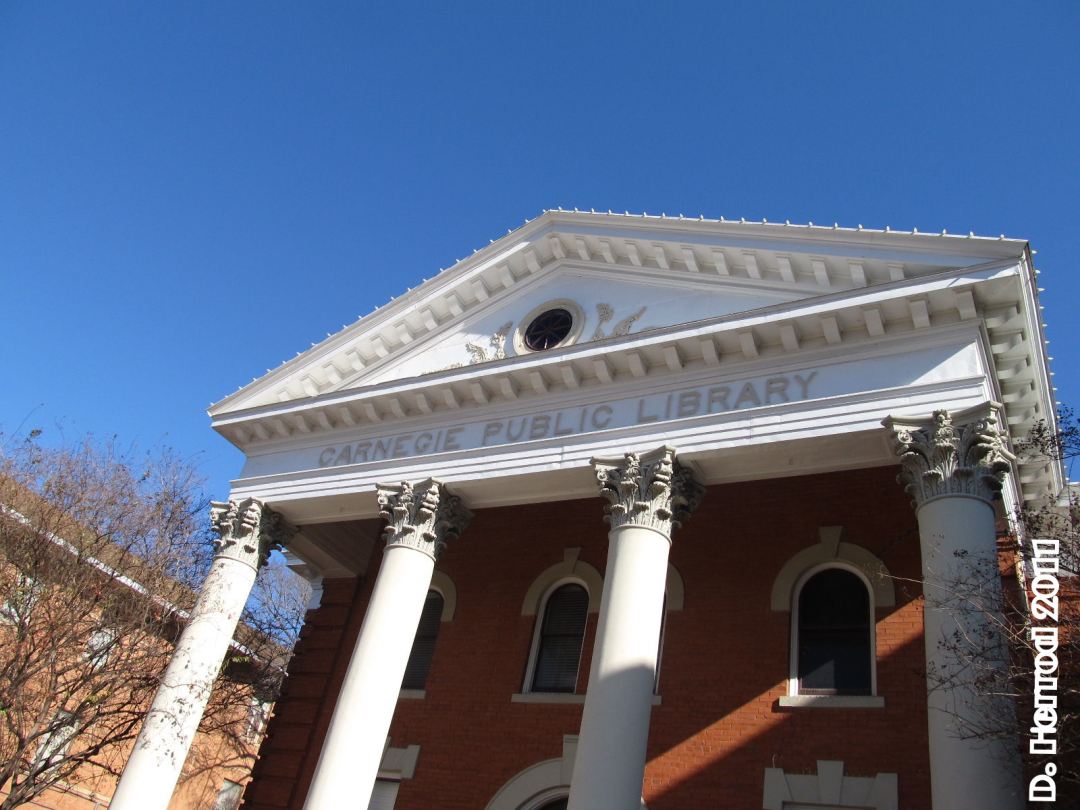 Andrew Carnegie believed in the value of self-education and made offer to build a library for any city in the U.S. that would agree to provide a budget equal to one tenth of the construction grant annually to maintain the  library. In 1902, a representative for  the Mutual Improvement Club leaders contacted  Carnegie.  The city of Bryan agreed to proved $1,000 per year for the library.

The library was designed by  Texas A&M  College Professor Fred R. Giesecke. The building is a  Greek Revival Style, in a Greek Cross plan, the building was to be of red brick and fronted by four enormous Greek Corinthian columns topped with acanthus leaves. The library first opened  to the public December 1903. It was restored in the 1990s.

Check out The Sky Watch Blog.