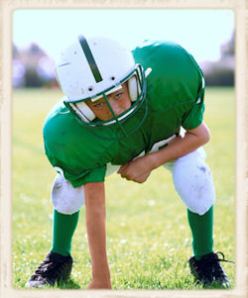 I heard a coach discussing a promising young player who was excited about playing and being a star. Unfortunately, the player did not fully comprehend what was involved in being a star. Somehow, he did not understand that there was much more to being a star that making big plays. He didn’t comprehend that it required commitment and lots of hard work. The aspiring player wanted to be like his heroes. He wanted to dance in the end zone and make the big plays. However, he was not willing to do the mundane drills and other aspects of practice. The concept that football was a team sport and he would have to earn his spot on the team eluded him. He felt that because he had more raw talent than some other players he should be the starter. It was as if sitting on the bench and waiting his turn was beneath him. This problem is not limited to just kids sports. On Fox Sports, I heard a discussion about one of the problems with keeping a team together and salary caps is that the young players coming out are not willing to start at lower salaries. Instead of earning the privilege of being the highest paid player on the team, they act as if it is their right. Even the lowest player on a team is well compensated for playing a kid’s game.